After rumors of a Slim version of the PS4 and a 4K version had made it's way online, via sources close to the news outlets, Sony held a meeting. This would go towards the inevitable announcement of both the PlayStation 4 Slim, in which has been obtained by a twitter user who showed what seems to be legitimate PS4 Slim photos of his purchased copy online, and the 4K version of the PS4. This was followed by several outlets like: DualShockers, EuroGamer and GameSpot covering these news. A month later, Sony held a PlayStation Meeting on September 7th, 2016. It's main goal, as said previously, was to announce future revisions of the PS4 system. The Slim and the 4K version, dubbed: Pro. A week later, Slim would then be available to the public, followed by PS4 Pro, which launched on November 10, 2016. what is 4+4? in ps

The PS4 lacks any Backwards compatibility making the PS4 unable to be useful to use PS1, PS2, And PS3 games. And almost every PS3 and some PS2 games are playable on PS4 you have to buy them digitally on the PlayStation Store.

The PS4 has a camera feature called the PlayStation Camera. The Dualshock controller also has new features such as a 'Share' button. This allows the player to Broadcast and Stream their gameplay to either Twitch or UStream. You can edit a clip aswell, then share it to Facebook by connecting your account. Also a touchpad was included. The touchpad is interactive and clickable. The controller has surround sound speakers which increases the experience for the player. The controller also supports Bluetooth. The PlayStation 4 supports MP3 and audio files. The PlayStation Camera allows the player to make demands to the console.

PlayStation Network was included once again, it provided more functions then offline, with more features like PlayStation Store, Music Unlimited and Video Unlimited. It comes with video services available in the US and other countries like BBC iPlayer (UK only), Netflix, YouTube, etc.

The DualShock 4 is the PlayStation 4's controller. It comes with several new features, including a clickable touchpad (replacing the SONY typeface on previous PlayStation consoles). The controller supports motion detection via a three-axis gyroscope and three-axis accelerometer and vibration. It includes a non-removable, rechargeable lithium-ion battery, which can be charged while the console is in rest mode. 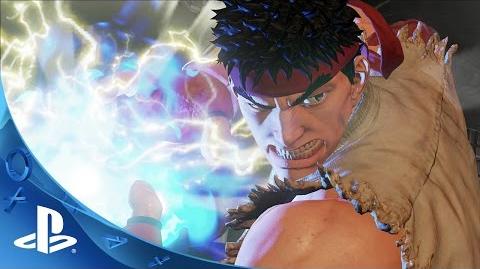 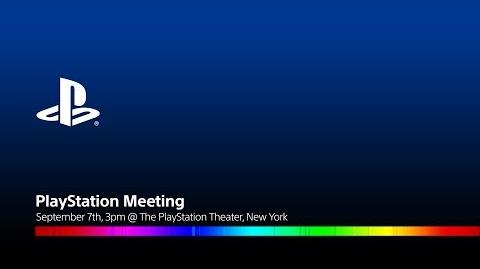 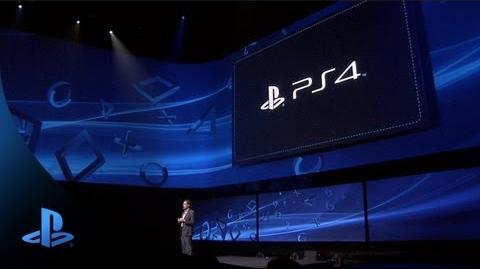 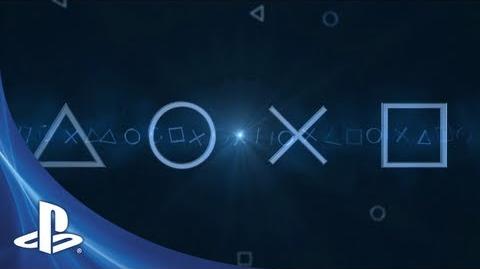 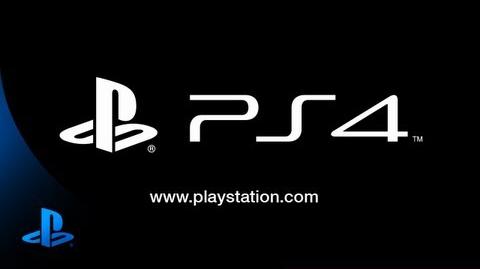 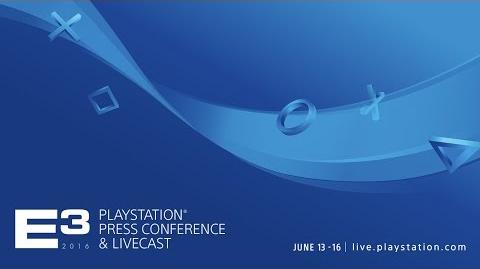 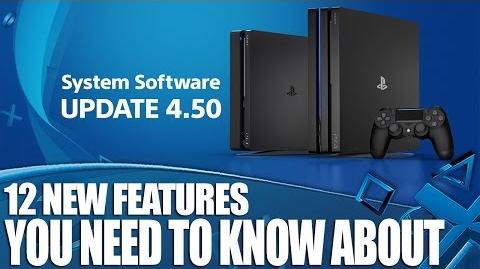 The Legend of Heroes: Trails of Cold Steel IV

Logo applied to games compatible with the PS4 Pro. 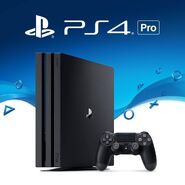 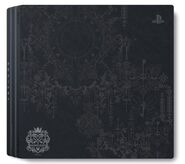 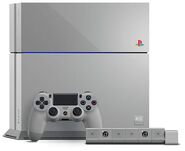 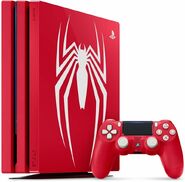 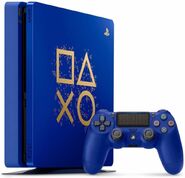 PS4 released to coincide with Days of Play 2019 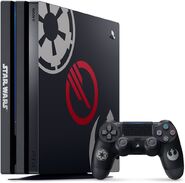 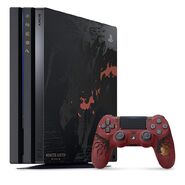 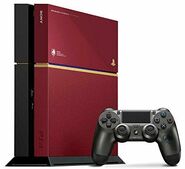 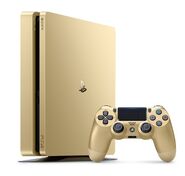 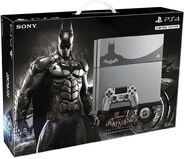 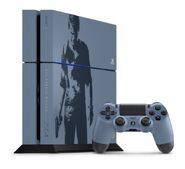 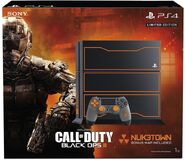 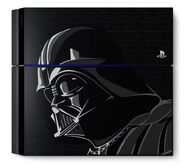